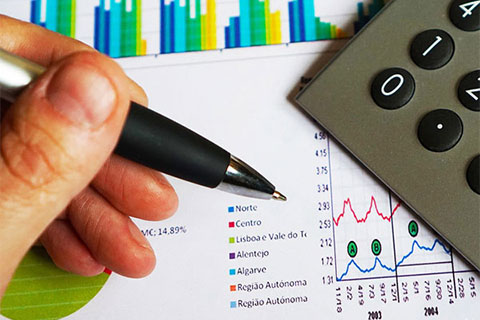 This article covers a poorly understood area where we have frequently seen companies miss out on the opportunity to benefit from R&D tax credits.

If you are an SME working in a scientific or technical field, but have been told that you don’t qualify for R&D tax credits, you may want to revisit this after reading this article. There are also a couple of lesser known quirks that even experienced R&D consultants have been known to miss!

Why is there an opportunity?

When a large company (usually more than 500 employees) conducts R&D, they can claim tax relief under the “Research and Development Expenditure Credit”, known as RDEC. This is less generous than the better known SME scheme, but it is still worth approximately 9% of any qualifying costs. The scheme reduces the tax bill, but can also generate in a payment for a loss making company.

One big difference between RDEC and the SME scheme is that subcontracted expenditure is not allowed. If, however, R&D is subcontracted to an SME, that company can claim the “missing” credit under the RDEC for itself.

Common examples that we see regularly are:

Some of the above activities might well also qualify for the SME scheme, depending on the specific nature of the work and contracts involved, but itis also worth considering RDEC if the work doesn’t appear to reach the bar to qualify on its own.

The first time I did a subcontractor RDEC claim it was for a small pharmaceutical industry specialist, and alongside their work for large “traditional” drug companies they worked for a number of smaller “virtual” drug companies. This is a common trend in the industry, especially for prospective niche drugs that don’t have the potential to become a multi-billion dollar blockbuster.

If the client contracting the work is in the UK, they will include the subcontractor costs in their own R&D tax credit claim at 65%, however in my case the client companies were often foreign, and this seemed to be an annoying loophole where nobody was going to benefit from R&D tax credits. I rang HMRC to clarify this and they agreed with me that it seemed a bit unfair, but that my interpretation was correct.

However, two days later the HMRC inspector called me back and told me that he’d done a bit of digging and had some good news for me. For all the negative reputation the HRMC sometimes gets, this was a real example of them going the extra mile to help a taxpaying company to make the most of their entitlement! What he told me is that the rule that requires small companies to claim under RDEC actually says that the contracting company has to not be an SME, rather than that they must be a large company.

Whilst this might sound like a rather pedantic difference, the key here is that the part of the definition of an SME is that it is subject to UK corporation tax. Therefore an offshore company not subject to UK tax can be treated the same way as a large company! This is great for businesses trading internationally,  but do watch out for any UK footprint – even a dormant UK subsidiary could eliminate this benefit.

How to make a claim?

Do you think that this might apply to you? Have you been told (or told a client) that you aren’t eligible for R&D tax credits because you don’t meet the SME scheme criteria? If so, get in touch with WOCO and see if the subcontract approach will work for you!