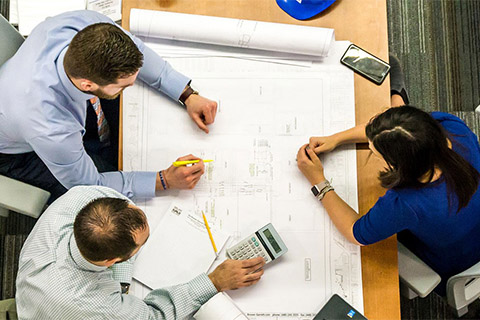 There are a number of subtleties to the process of claiming R&D tax credits that can reduce or completely eliminate the value of a claim. Whilst some are unavoidable, here is a list of things that can potentially make a significant difference to the claims made by SMEs.

Put the costs through the P&L

This can particularly be an issue for small companies with shareholder-directors, or startups. Specifically dividends don’t count as an expense, so if you’ve paid yourself via dividends whilst spending a significant proportion of your time on R&D activities, it may be worth re-evaluating your overall remuneration strategy.

Again, in a startup situation, putting the invoice from a supplier onto the books, or paying staff via an IOU is not sufficient. By the time an R&D claim is made the money must have actually changed hands.
Tip: If this might be an issue for you, you can take advantage of the fact that claims don’t need to be made until up to 2 years after the end of the tax period.

Making an SME claim allows the costs of subcontractors and externally provided workers to be claimed, but at a reduced rate of 65%. Whilst a lot of small companies like to work in this “virtual” manner, if you are actually paying for the majority of someone’s time it might make more sense for them to join as employees.
This goes double when employing contractors via limited companies. If they are caught by IR35 you can end up with the double whammy of having to pay them as if they were employed, but only getting 65% contributing to the R&D claim!

This may happen to an SME working as a subcontractor to a large firm, or when a grant that counts as state aid (such as those from InnovateUK) is received.

If you need to claim RDEC it is easy to fall into the trap of assuming the rules are the same as for the normal SME scheme. The equal treatment of subcontractors and externally provided workers at 65% is one of the biggest differences, with subcontract costs not allowed at all under RDEC.
This means that wherever possible you should structure arrangements with external organisations to be as payment for individual workers acting under your direction. This is straightforward in the case of things like consultants or software engineers, although other subcontracted activities (such as getting a specialist mass spectrographic analysis performed) will always be excluded.

Tip: One big gotcha is the UK Catapult centres, which have not been designated as research organisations by the Treasury and so most grant money spent with them is completely ineligible for R&D tax credits!

If you have multiple companies in a group, try to avoid spreading R&D costs unnecessarily across companies. This makes it hard to identify the “owner” of R&D projects, and can result in costs that could have been claimed falling through the cracks.
Clearly if you have independent subsidiaries doing their own development, that is fine and would require multiple claims anyway. Also, arrangements where all staff are paid via a separate subsidiary is allowable under the “connected companies” rules.

Don’t leave it too late

Yes, you can wait until up to 2 years after the end of the tax period, but if you leave it too close to the deadline you can find that costs get missed in the rush, or mistakes are made that lead to stressful HMRC enquiries.
At WOCO we are able to put together claims very quickly in a last minute situation – our record was doing a 2 financial year claim in less than a week – but we can’t work miracles and need accurate data to be available to us right away. It is not acceptable to make a claim based on estimated or guessed figures!

All R&D claims must be in the context of a project that sets out to make some form of advance. Whilst the level of documentation produced will vary (to put it mildly!) between companies, having some records are very useful for jogging memory when the time comes to make an R&D claim. Good records can also provide useful evidence of separate projects when some have received grants and others have not.

I hope this article has been of value to you. Obviously if you still aren’t sure if your company or clients would qualify, or you just want someone with a deep understanding of both manufacturing and R&D tax credits to actually handle the entire process for you, give us a call on 07752 057553 or e-mail info@woco.ltd.uk!