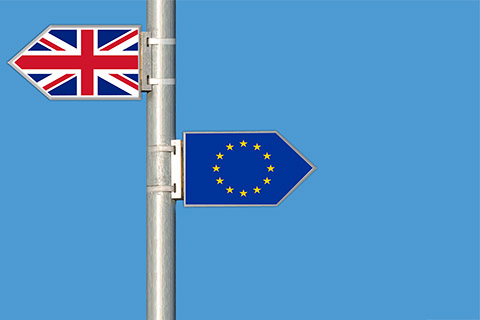 Part 2: Impact on the SME and RDEC schemes

This is the second article in a series discussing the potential impacts of Brexit on UK R&D tax credit schemes. To read the first article in the series click here.

Small Companies and the SME Scheme

As we said previously, with R&D being up there with motherhood and apple pie, and the importance of small companies to the UK economy, significant changes to the scheme itself are unlikely. Political initiatives to “boost R&D” are likely to involve increases in targeted grant funding through Innovate UK etc, and this is one area that businesses might expect a change as a result of Brexit. Currently the EU state aid rules dictate that projects funded by grants cannot also receive R&D tax credits under the SME scheme and must claim under the less generous RDEC. Despite this we believe there will not be a sudden boost to SMEs receiving grants for R&D for a couple of reasons:
– The concept of state aid is wider than simply the EU, deriving from both OECD and WTO rules as well. This means there is likely to still be some form of state aid regulation in place.
– Continuing to deal with the EU under some form of trading agreement is likely to require the EU state aid rules to be respected, so the simplest approach for the UK would be to leave the current rules unchanged.

Overall investment in high quality R&D is and will continue to be of critical importance to the UK, and the SME scheme is an efficient way of providing support across sectors. We actually think official figures underestimate the amount of R&D conducted, as we regularly meet companies who would not have described their activities as R&D when asked, but are actually producing highly innovative solutions to problems and producing new products and processes. These are also the kind of companies that would be completely missed by R&D grant funding initiatives, as they wouldn’t even think to apply.

Large Companies and the RDEC Scheme

For larger companies the tax reliefs are less generous, but still internationally competitive. Are there any aspects to this scheme that might change as a result of Brexit? As we remarked earlier, it is likely that by leaving the current rates unchanged as the headline corporation tax rate drops to 18% or lower the overall cost of the scheme can be trimmed slightly.

Companies reacting to exchange rate movements and concerns over uncertainty and regulation might move more R&D activity outside of the UK. In that event, they would lose the ability to convert tax credits to cash payments due to the PAYE & NI cap applied during the RDEC calculations. We wouldn’t expect changes in this area as frankly it is working exactly as intended, and if anything it might lead to further restrictions on the eligibility of offshore costs when calculating RDEC. This has already in fact happened to the Patent Box scheme as a result of the relatively recent “Nexus” calculation required.

If the state aid restrictions on grant funding continue, we’d like to see some improvements to make the scheme work better for SMEs receiving grants. At the moment, grant funding spent at the new technology “Catapult Centres” becomes completely ineligible for any form of R&D credits, seemingly due to an omission by the treasury at the time the centres were brought into existence. The position for SMEs could be improved either by sorting the status of the catapult centres (to allow subcontracted expenditure to be allowed), or more radically by allowing companies in receipt of grants to continue to claim under the SME scheme, but at a reduced rate to address the state aid concerns.

In the final article in the series (click here) we’ll look at a couple of wider issues relating to the UK’s global competitiveness.